For the CIM Escala 2009 in A Coruña, we created a couple of Special Interest Groups. This beautiful Panzer III fell in my hands. At the time I was fully involved with aviation models and did not feel interest in this new group, moreover, I did not distinguish a Panzer III from an IV.

But something happened one Saturday’s afternoon at the association’s premises. Checking out boxes full with works in process, Miguel Ángel Fernández had a Panzer III M ready for painting. I was captivated by the model and it surprised me with its level of detail. Then I remenbered hearing very good comments from their tanks in 1/72 scale. I instantly made the decision to get one for me. Kindly Miguel Ángel recommended Panzer III model L. After a couple of days I already had ordered one along an order made by our colleague Miguel Castro Urresti.

I intend to do an out of the box assembly of a model of the Panzer III Ausf. L: by then I had no intention than to assemble and paint it accordelly to instructions, starting with the barge. Inside, aligning it with turret’s opening, I drilled and put a spar with a bolt nut on the inside.

This will allow me to thread a screw to hold the structure during the detailing and painting process. The assembly process is fast thanks above all to the good fit of the pieces.

But as many times before at this point, holding the entire assembled structure, that the temptation arises again and I began to improve some original parts. Once again I change the original proposal of a quick model for a long-term project. Come on, I love scratch!

I proceed using information from books about the Panzer III Ausf.L, supplied mainly by Diego Barreiro, a good number of photos sent by Pedro Ramírez and the ever-recurring images of Google … 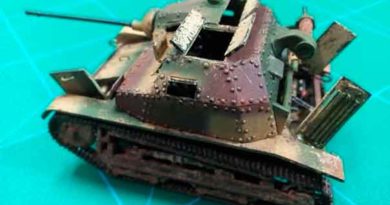 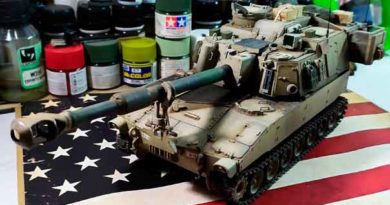 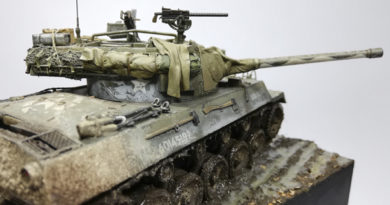