Infamous Yakovlev Yak-38 Forger (Russian: Як-38) also known as the Russian Harrier, is a Russian solution to achieving a short takeoff and vertical landing aircraft. This design is based on the earlier Yakovlev Yak-36 Freehand, which never entered service.

The Yakolev Yak-38, a single-seater aircraft, served to give deffensive / offensive power to the Kiev-class aircraft carriers of the Russian navy. This device was equipped with four hard points or supports for arms under the wings. Like the Harrier, its cargo capacity was drastically reduced to allow vertical flight. Although the conventional takeoff could load more, this was usually limited by the high wing load that the aircraft already had.

The Yakolev Yak-38, as we said, was an apparatus used almost exclusively in the Russian naval forces. Yet during the war in Afghanistan, in the 80s, a squadron was based in Kabul for combat testing.

Like the Harrier, the Yakolev Yak-38 had a limited range and its V / STOL flight systems took time to become safer and more reliable. Unlike its British equivalent, the Yak-38 uses two turbines at the front and a main engine with two vector nozzles for vertical take-off and landing. There are at least two main variants of this fighter jet: the M model and the UTI or advanced training model.

Our model, from the Hobby Boss brand, is in 1:48 scale. It’s the M model, the most manufactured one. In this project, a massive scratch was made of the cabin, front turbines and landing gear wells. The box brings instructions for two different versions. The typical Russian Naval, with its bluish color, and the desert version with which they sand camouflage that they used to wear during their deployment in Kabul. 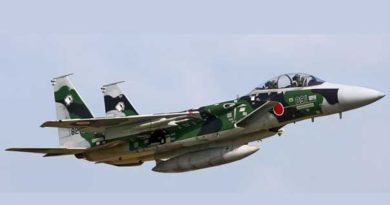 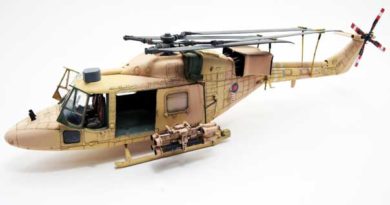