The history of Mercedes-Benz L4500R Maultier began in autumn/winter 1941. At that time, the German forces encountered many situations on the Russian front that they had never encountered before. The condition of Soviet roads was very bad due to the presence of a lot of dirt and snow. The situation is so bad that any vehicle with heavy wheels, even if it is equipped with all-wheel drive on all its axles, cannot drive on it.

The same goes for the vehicles that draw blood. Under these extreme conditions, the only vehicles with acceptable mobility are half-track vehicles (Sd.Kfz 7, Sd.Kfz 251, etc.); or vehicles equipped with tracks, such as fuel tanks or tractors, such as Steyr RSO. Although there were already a large number of tracked vehicles at the time, they all belonged to the lightweight category.

Now, when heavy vehicles come to the forefront, they must be equipped with a half-track system. These allow them to be assigned to quartermaster tasks. These vehicles, such as the Mercedes-Benz L4500R Maultier, were produced with the track system of light tanks that were obsolete at the time (such as the armored vehicle Panzer I).

The outdated tanks were swallowed. They seized the suspension and tracks of these vehicles and replaced the rear axle of the quartermaster truck. In this way, an economical and reliable half-track was created with the common name MAULTIER (Mule in German); in the case of Mercedes, it became the Mercedes-Benz L4500R Maultier.

The model that we are going to make this review is the L4500R Maultier of the Zvezda brand in 1/35 scale.

Review of the model: 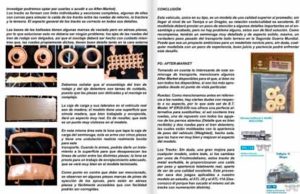 Click here or in the image above to see the full article. 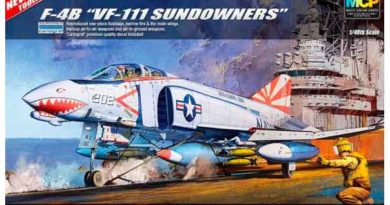