AT-ST Walker All Terrain Expedition Transporter, also known as the “Chicken Walker” because of its biped design, is a biped walker used by the Galactic Republic at the end of the Clone Wars, and later by the Galactic Empire. Widely used during the Galactic Civil War. It is the successor product of AT-XT.

The Galactic Empire AT-ST Walker (All Terrain Scout Transport Aircraft) is a large human-machine controlled biped fighter from the fictional Star Wars world. AT-ST Walker is designed by Galactic Empire and replaces the previous Republic model. The head of the biped is the engine room, where two crew members operate. The main battle that hired them was the battle of Endor and Hoth.

Because AT-ST has a powerful ability to operate on various types of terrain, and in addition to being able to face any rebel alliance vehicles, it soon found a favorable position in the Galactic Empire.

Because of their speed and mobility in open areas, these bipeds are particularly effective against infantry. On the side of the AT-ST cockpit protruded two twin-shot blasting cannons. The port side sensor pod has two double-turret mounted light cannon shells and a grenade launcher, which protrude from the pod to the starboard side. In addition, each metal leg is equipped with steel claws, which can cut the lined cables to knock down scouts or shred enemy soldiers who are too close. Only the heavy shock wave cannon or laser cannon can penetrate the thick armor of the scout, but even so, it requires multiple direct hits to cause significant damage.

The base used is the old Refer to AMT/ERTL#38302, In an instant, the only one on the market Represents this attractive vehicle The empire in the popular Star Wars saga Written by George Lucas. 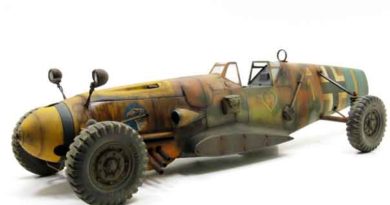 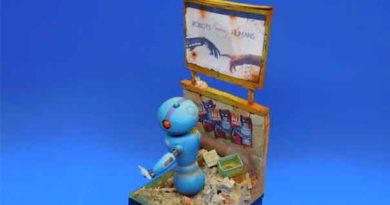 Mr Asimov cheated on Us!