The McDonald’s Douglas F-4 Phantom II B is a long-range two-seater twin-engine supersonic interceptor and fighter-bomber originally developed by McDonald’s Aircraft Company for the US Navy. It served in the U.S. Navy in 1960. It has good adaptability and was adopted by the Marine Corps in 1963. By the mid-1960s, it had been an important part of their respective fleets.

Because F-4 is widely used by the United States and its allies, and its unique appearance, F-4 is one of the most famous symbols of the Cold War period. McDonald’s Douglas F-4B Phantom II was widely used during the Vietnam War and was the main air superiority fighter of the Navy and Marine Corps. He also played an important role in ground attack and reconnaissance missions during the US Navy’s participation in the war. The F-4B Phantom II was the last fighter of the U.S. Navy. The pilot and his RIO won the prestigious “ace” title in the 20th century with this fighter. During the Vietnam War.

The model we will be reviewing is McDonnell Douglas F-4B Phantom II of the Academy brand, model 1/48, code 12315.

The model was first released in 2012 and represents a substantial improvement to the Hasegawa brand. In this initial version, he launched the uniform of VF-111 Sundowners BuNo 15100 / NL-202 | USS Coral Sea in 1975. In the magnificent step-by-step article by our collaborator Juan José Moreno, you can see an example of the construction of one of these models. To view step by step, click here. 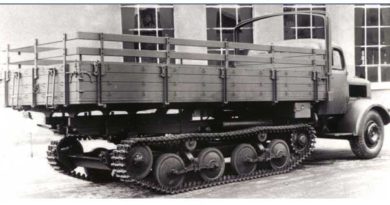